Like so many things in life, Red Engine Design started out by accident. Being long time college friends, we both found ourselves several years later working in national newspapers and the music industry respectively. When redundancy struck, Dave found himself freelancing and with more work than he could handle he asked Chris to join him. We both thought it would fill a useful gap until a proper job came along and 23 years later we’re still waiting for that proper job! And the name? Well, we’re named after the sit in steam engine Chris’s Dad made for him as a boy. So now you know! 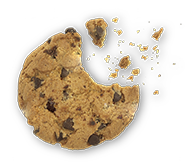 After starting at Northbrook College of Art, Dave’s initial ambition was to be a painter. That was until his lecturer pointed out the difference in salaries between painting and graphic design, so decided his next step would be a course in Visual Communication at Ravensbourne College rather than endless life drawing. Although he was meant to be studying Swiss typography, he spent most of the last two years learning photography, but did manage to graduate with a degree! Following graduation he worked three years as an in-house designer at EMI Classics and two years as an Art Director at Decca Records. His design connection with Chris, goes back as far back as Ravensbourne College, so it was inevitable a partnership would one day come to fruition. 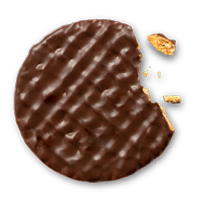 Born and bred in the Shires of Dartford, Chris has had an interest in graphic design from an early age, doodling on school exercise books and desks. After spending a few formative years working in picture libraries, an opportunity arose to study at London College of Printing for a Diploma in Graphic Design. Having found his true vocation, studies continued at Ravensbourne College where he met a young and fresh faced Dave Chase. After three years of trying to upset the system, he finally graduated with a degree in Visual Communication Design. Following a two year spell in publishing, he moved to the Evening Standard as a designer on ES Magazine. Then in a rash move he left and formed Red Engine and the rest is history! Married now to the long suffering Judy, any spare time is spent minding number one son Robert and continuing his lifelong and obsessive love of all things two wheeled.